I’m Rowing a Lot But I’m Not Losing Weight: WHY? 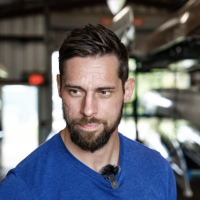 You set two goals for yourself this year: to row more and to lose some weight along the way. But while the training part is going well, the pounds just aren’t coming off.

It’s a common occurrence among other distance sports also, runners and cyclists often hope that picking up the habit will also shed some weight along the way, but instead your pants end up feeling tighter and your weight creeps up rather than down.

Why? Dark Horse has got you covered. Here’s our top 5 reasons you may be doing the meters but not losing weight.

1. YOU’RE CONSUMING MORE THAN YOU’RE BURNING
It’s Saturday morning, and you just finished your weekly long row. You take a steamy shower – and then you proceed directly to the kitchen, where you slam a shake followed by a stack of pancakes and a handful of bacon. You’re understandably ravenous – but overeating after a hard workout is a common occurrence among athletes.

It’s important to refuel after a workout. It promotes muscle repair and glycogen replenishment, but also helps athletes refuel wisely. Even if your primary goal is weight loss, it’s better to put back a reasonable amount of calories shortly after your workout than to wait a few hours and binge when hunger gets to be too much.

2. YOU’RE TAKING IN TOO MANY PRE-WORKOUT CALORIES
Nothing makes me shake my head more than an athlete who hopes to lose weight, but then eats a handful of jelly sweets before starting a 5km row. Many people overestimate the caloric expenditure from their training, and therefore take in far more calories than their exercise justifies.

Do the math to determine whether you really need to take in fuel and replenish any lost electrolytes and calories during your workout, or if you can do without. (Chances are, if your workout takes less than an hour, you don’t need to take in calories until it’s recovery time).

3. YOU’RE LOSING FAT – AND GAINING MUSCLE
If you’re working out efficiently and effectively, there’s a good chance you are losing weight – at least in theory. But you’re also gaining muscle.

Though rowing isn’t necessarily the most effective or efficient ways to gain muscle, it’s not unusual for rowers to add muscle mass in their legs. That can obviously affect the reading on the scale. Consider your body composition, and pay attention to how your clothes fit or how your athletic performance is improving instead of focusing strictly on the number on the scale.
Plus, if you’re super active, you’ll also develop an increase in your body’s ability to store glycogen. Since glycogen holds three times its weight in water, an increase in glycogen stores will be reflected as weight gain, even though it’s not unhealthy.

4. YOU’RE NOT MIXING IT UP ENOUGH
Steady-state cardio workouts are great for training and upping your endurance. But going for the same 5km row every few days probably isn’t enough to reach your weight-loss goals.

Mix it up by adding some high-intensity interval training, pyramid workouts, or speed sessions into your training. This is when heart-rate training comes in handy: If your heart rate stays steady for the duration of your workout, you’re not maximizing your potential calorie burn.

If 3,500 calories equals one pound (roughly), a rower needs to cover 45-55km each week just to lose one pound. While that may not seem like many miles to an experienced rower, it’s probably way too much for a newbie.

In most cases, diet has a greater effect on weight loss than exercise. If your goal is to lose weight, start in the kitchen and add workouts to supplement your diet plan. If your goal is to complete a 10km row, focus first on getting your miles in, and eat in a way that allows you to perform your best.

Yours in fitness, education and losing some weight.
Coach John

Photo by i yunmai on Unsplash

Great article, totally what I was looking for.

A Little Rowing Test...
Next Article
About Us