The Minimum Amount You Need to Row to See Improvement

Coaching a group recently, we got a question about why the technique someone had just learned didn’t make them faster. It’s a legitimate question and it comes up frequently. Why is this thing you just learned not creating immediate change? It’s completely understandable why this would be a point of concern and a frustrating point at that.

Putting Your Training in Perspective

We all want to see that what we’re being taught is legitimate and effective. When we don’t see immediate improvement it can lead to questioning the efficacy of the coaching. But, it’s also important to take a look at the long term effects of training and coaching to gain a greater understanding of what it means to be coached, and how changes take time and training to settle in.

Take a look at climbers of Mount Everest for example. Do they one day choose to climb it and the next day find themselves in Nepal? Or, do they train for months if not years to accomplish this feat and along the way summit slightly larger and larger peaks until their bodies have adapted to the altitude and physical requirements necessary?

What about elite or Olympic level athletes? Do they train themselves or do they have a coach? What you find is that athletes who choose to get to the top of their game surround themselves with coaches who take them through the skills and requirements for their particular sport to make sure they’re truly adapted to compete at the highest levels.

The Power of Habit

It comes down to the power of habit. The human body is a summation of the things we’ve chosen to do throughout a lifetime. Extra weight isn’t gained in one day; it’s accumulated over time, which is why it can take just as long to lose. When it’s time for bed we feel the need to brush our teeth because it’s what we’ve done every day of our life and it’s a habit. If we move a barbell well it’s because we’ve practiced the same barbell path every time we lift in an effort to become more efficient.

Rowing falls in the same vein of discipline. Whether you love it or hate it, to get better at rowing requires taking a specific period of time and practice to establish some new movement and awareness. Just like with a barbell, rowing is unique in that it requires acute kinesthetic awareness on the machine. It doesn’t move the body; it requires the body be moved in a specific way to make the machine go faster.

The Length of Time Needed to Improve

So how long does it take to improve with rowing? It really depends on your desired level of mastery. However, with the thousands of athletes we’ve worked with, we’ve drawn a direct correlation between a minimum of 8 weeks with two workouts/week as necessary for an athlete to create a seriously positive improvement.

If an athlete commits to that time span but only one day per week of training, a minimal improvement occurs. More often just from increased aerobic work. When athletes were tested on a three day/week program, the incidence of attrition increased significantly because, let’s be honest, no one wants to sit on an erg three times a week. That’s just boring.

Where the sweet spot occurs is in two workouts/week included as a supplement to any other training schedule. The athlete doesn’t have to give up anything except maybe one metabolic conditioning workout per week and the second workout fits in perfectly on a rest day. By adding in this work, it both increases anaerobic/aerobic capacity and DRAMATICALLY improves positional awareness and endurance, the two things that contribute highly to improved performance on the rowing machine.

The Sequence of Progression

The changes that begin to happen during this process are pretty amazing. First, we see that by adding in technique work even briefly during these two workouts, the athlete gradually learns how to position themselves better into the machine and when these positions are then immediately applied in a workout we can test the adaptability of the movement. And, the athlete tests their positional endurance, meaning they see how long their body can hold the positions until they fall apart due to fatigue.

This is a key factor and where the eight weeks comes in. When an athlete starts working on their rowing, week one usually results in a 10-20% compliance rate of movement, basically that their body can support what it just learned for up to 20% of the time of the workout.

In week two that number jumps to 30 – 50%. In week three, we see 50 – 70%, and in week four generally someone can maintain good position for up to 80% of the workout because their body has learned how to hold good positions, especially the erectors learning to support the back, and the hips being able to articulate and tilt independently of the legs or arms.

Eight weeks becomes important because once the 80% threshold is hit there’s a period where the body plateaus temporarily because it’s now adapted to the new movement and is settling in. So with weeks one through four there are big leaps in understanding changes in positioning and approach to the movement. In weeks four through right however is where the body really learns to USE those techniques to its advantage.

Think of the first half of the program creating gross motor control changes, while the second half develops fine motor control changes which leap frog from the first half. All in all, these work together over eight weeks to ratchet up the improvements in a tested and proven system to help the body adapt as quickly, and in as manageable of a way, as possible. Basically, how little can you do and still improve performance.

At the end of the day, we believe that practice doesn’t make perfect. Perfect practice makes perfect. The objective is never just to “row” more. The objective is to strive for perfect movement with every rep and to facilitate as many opportunities for that as possible.

By building a system where an athlete can learn, test, and re-test on a consistent basis, we can build better, more efficient athletes who don’t look to rowing as a priority but as a tool in their toolbox to be fine-tuned and worked on just like any other skill they perform and use for training.

Improving anything necessitates committing to something for a period of time enough to allow adaptation and a change of movement patterns and habits. The body is hard-wired based on the habits developed over a lifetime as an aggregate of the things we’ve done, good or bad.

To learn anything new means stopping, consciously changing course, and practicing until the new direction is the comfortable one. Our experience has shown that in eight weeks with only two workouts per week athletes can make significant improvements and gains but it doesn’t happen in week one, it takes the body time to adapt.

Choose to adapt and grow and the body will improve, it just takes the willingness to try. 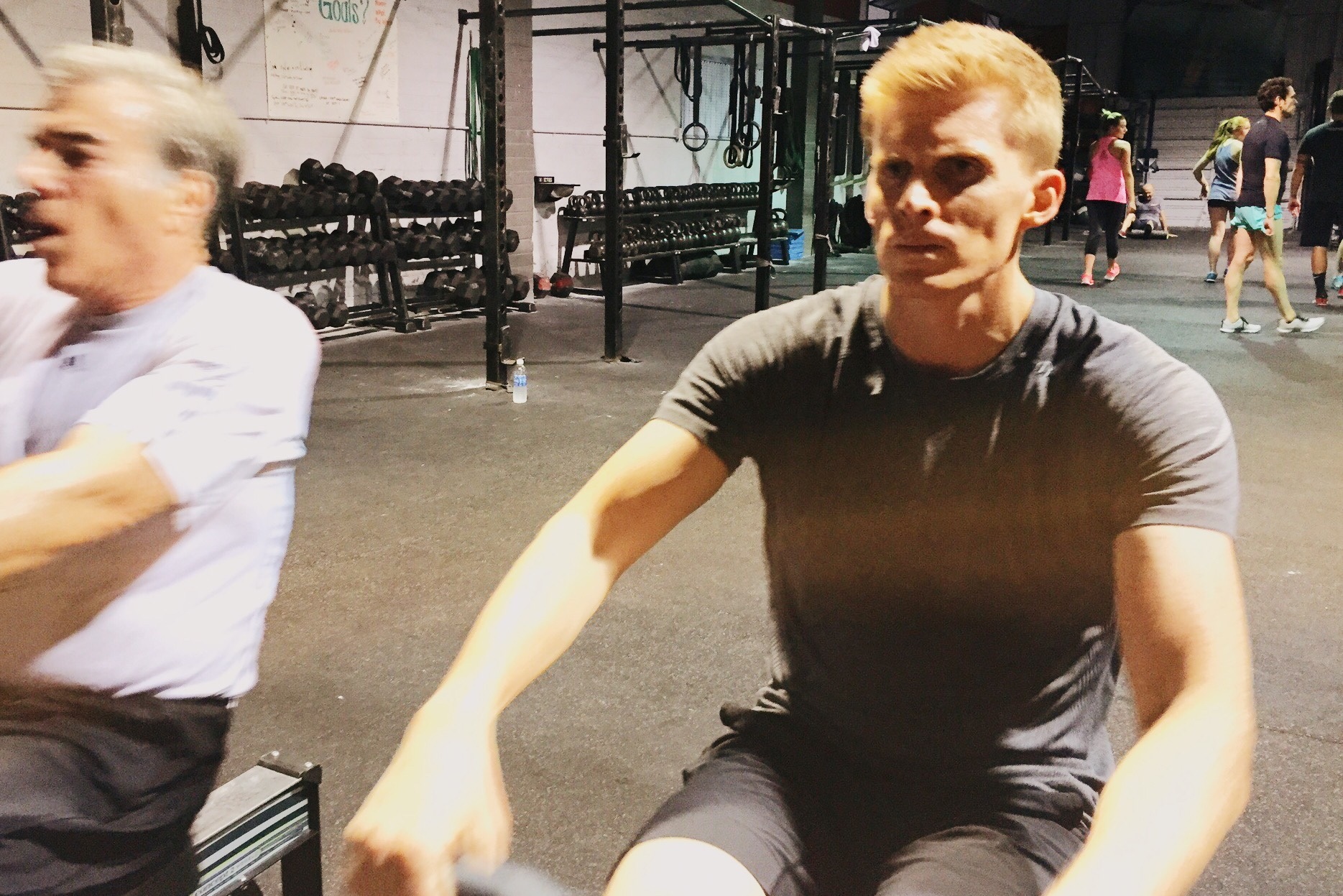 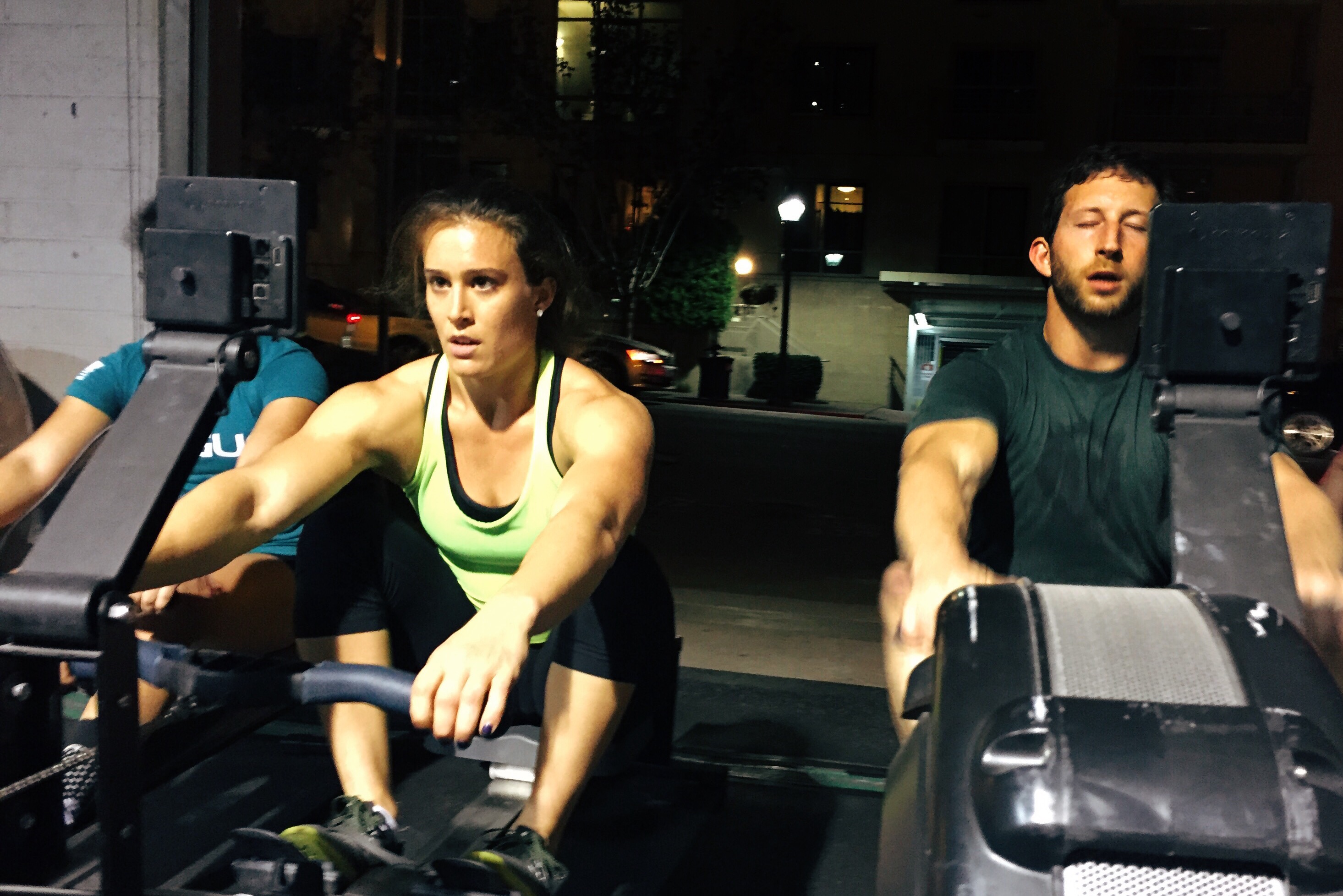