What Type of Coach Will You Become

People who become successful coaches go one of two routes:

Route #1: Spend years coaching on the floor somewhere until they learn the ins and outs of the business, how to handle clients and their needs, and how to be the ultimate coach.

Route #2: Invest a serious amount of time and money up front to attend every seminar, take every class, and volunteer their time under EPIC coaches to rapidly intake as much good stuff as they can so they can come out the other side promoting all of the things they’ve learned.

Both of these routes have merit but each has a gaping problem. They either require LOTS of time and patience and paying your dues, OR lots of $ up front to attend every seminar under the sun.

Then, 8 months ago while on a road trip with my wife for our baby moon, I had an epiphany. What if I could take the knowledge I’ve learned not just as a coach of the rowing movement but also on the floor learning from some of the best coaches in the world and bring it to 1000’s of people at a time instead of just 25? What if we could think through every phase of this coaching thing and make it better for everyone?

I did the math on the spot and figured:

That’s how much someone had to spend to come join me for a day of coaching!

Only being able to coach 25 people at a time, asking them to leave home, and having to leave my own home for a day of learning? There had to be a better solution.

So what did we do?

We created a Virtual Trainers Course.

Results? Anyone can now take our course, save time, money, and 1000’s of people can improve as coaches and make the world a better place at their own pace!

This is how it works:

And because we really love making better coaches, we felt it would be awesome to share a bit of the secret sauce from inside the course today and get you rocking towards being the best coach you can be.

The 5 Paradigm Shifts to Better Movement on the Rower

But it isn’t hard.

If you can consider it for what it is at its core; a skill based movement, then you’re on your way to success already.

The initial adjustments you can make to improve how you and your athletes interact with the machine is broken in to 5 major categories.

Here a breakdown of each shift:

Shift #1: Foundations – From rowing to gymnastics, you really can’t beat the impact of laying a solid foundation for work.

Shift #2: Push Don’t Pull – We didn’t put it on a shirt for nothing. It’s the foundation of our approach to the movement. Learn to push away instead of pulling to you.

Shift #3: Power > Rate – We don’t mean it’s better but rate isn’t worth anything if you don’t know HOW to apply power first.

Shift #5: Positional Endurance – Good form doesn’t come immediately. It takes time to adapt. We call this positional endurance and it’s what we watch as a sign of progress in our athletes and coaches.

Each phase can take a moment to implement, or they can take a couple months.

Things like “Push don’t pull” and “Power > Rate” can simply change the way you perceive the movement and make immediate changes. Others like “Foundations” and “Positional Endurance” will obviously take time.

As we move through the article we’ll break down each shift independently and show the major pieces you should be thinking about during each shift.

It’s no mystery that during the introduction to a new movement or skill you need to start at the bottom and work up, but WHAT is the right place to start on for the rowing skill?

Step #2: Learn to apply that to the drive

Step #3: Tie it together with the recovery

Here’s what we mean:

This is exactly how we teach people when we have a short amount of time to get them up to speed.

Start with the catch, because without good positioning it’s going to be impossible to develop much further. Remember, build the foundation to have a stable platform for the rest of the structure!

Take the catch, and relay it in to a good active drive. This is the meat and potatoes of the stroke. It’s the sexy stuff. You’ll make people happy when you teach them how to really put force on to the handle.

Finally, teach them to recover. When you can teach people HOW to recover on the rowing machine you’re darn near mastering coaching. This can be the toughest part to coach but when done right you’re unlocking the true potential of the athletes you’re coaching.

We can’t get enough of this cue and you shouldn’t either.

The upswing to using this cue with your athletes is that if you can relay it well. I.E. You are pushing the machine away from you, not pulling the handle to you, you will find that many athletes can make a shift in their technique that will jump their power up in an instant.

We’ve seen it time and again.

Athlete A is frustrated with the machine because they aren’t connecting.

What most athletes don’t understand, because no one has shown them is that your power comes from the legs.

I have NEVER seen someone sit on the rowing machine and execute the movement properly without some guidance.
Be that coach who cares enough to show them this simple and easy to implement cue.

We’re going to stir the pot a little here.

Some people will tell you that controlling rate or stroke rate is the key to successful rowing, but it’s just not true. Behind rate there are all sorts of variables necessary to put together a successful stroke. Namely, the control of power.

If I had a penny for every athlete that was spinning their wheels on rate BUT thinking they were pacing correctly I’d have something near this many pennies.

Seriously though, teach your athletes to control POWER by going back to Part #1 of Shift #1. The catch. From here you can help athletes understand where power derives from in the stroke and it’s importance to creating results.

At the end of the day that’s what your athletes want. Results.

We like to use a drill we call the sticky catch drill to help athletes understand how to engage with their new found power and it creates a TON of lightbulb moments for them.

The points of performance that go along with this drill:

Too many athletes give up before they even start. Because it takes focus, there’s a hurdle to overcome in someone having a desire to practice the same thing over and over until they lock it into muscle memory.

As a coach you know this, but if you’re new to coaching the skill of rowing this can be tough to overcome.

From experience, start with the ABSOLUTE basics and don’t worry about evolving to the nuanced movements for a while. So many athletes can benefit from the basic drills we use like the pick drill and pause drills more on those inside the course for just 15 minutes twice a week. It just takes that little to establish consistently good movement.

There’s a feeling around the movement that efficiency will come with the understanding of every detail of the skill when in reality establishing gross mechanics on consistent basis will impact the athletes far better than a sprint start.

Efficiency will come with once an athlete can produce the same basic stroke over and over.

I personally love this one.

It’s something you can set your watch by.

In week one, the expectation for an athletes ability to maintain good position in the middle of a training session is going to be about 20% of the time.

From there it’s quite a bit of time to move beyond 80%. But the awesome part it it’s predictable.

If you’re teaching the basics and having the athletes practice twice a week for even 15 minutes at a crack you can comfortably expect these numbers to hold true. So don’t get down on yourself as a coach or frustrated with the athletes if you’re not seeing a TON of compliance in your first week.

The body needs to learn how to move the way the skill requires and muscle memory needs to adapt so be patient and know you can depend on the Dark Horse rule of positional compliance.

Want to get better, faster results with your athletes?

This coaching out line as we’ve laid it out is just one part of one module of the Dark Horse Academy.

There are 7 modules filled with solid info for all of you coaches out there who have been following along with our youtube channel and the Hustlers Guide to rowing and wondering which pieces to use with your athletes and when.

We cover everything from in person interviews with Concept2 Founder Peter Dreissigacker to maintaining your machine, and how to become the best coach you can be.

All in the Academy. It is the ONLY online rowing coaching course in the world AND the only one approved by Concept2.

We can’t wait to see you inside! 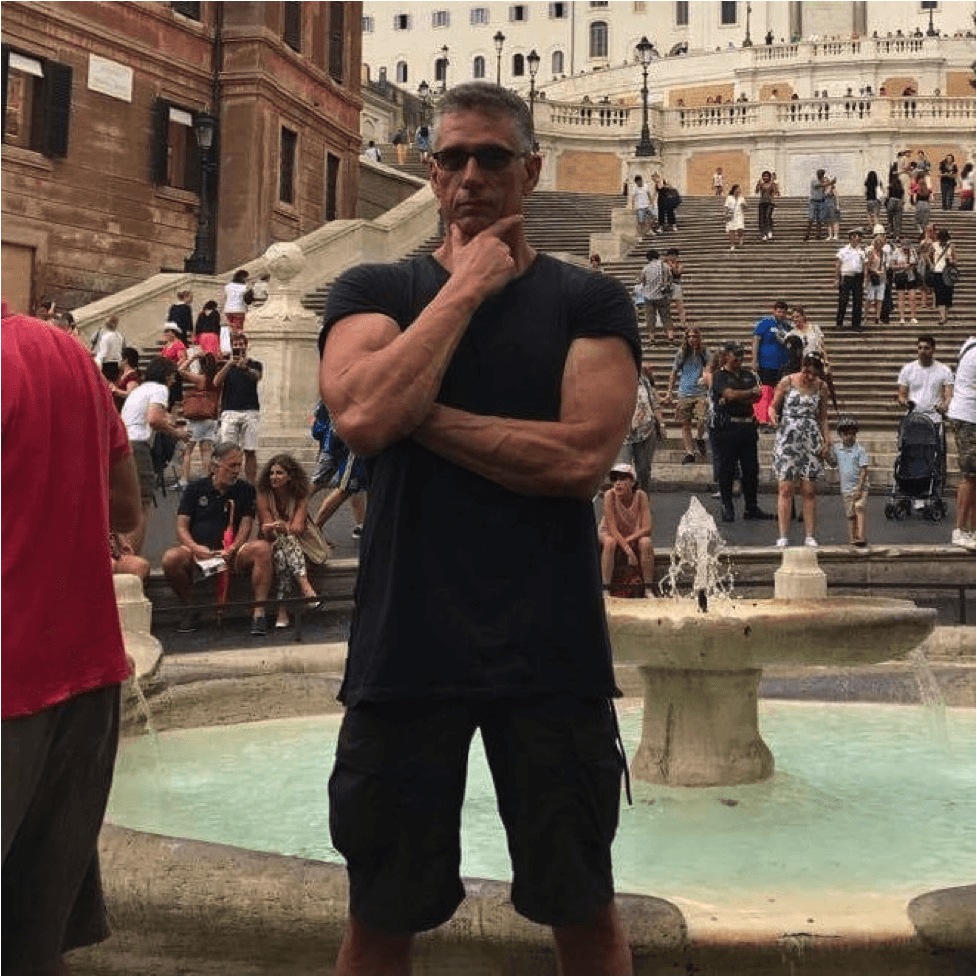 The Man of 1000 Watts: An Interview With Leo Young, Part 2
Previous Article 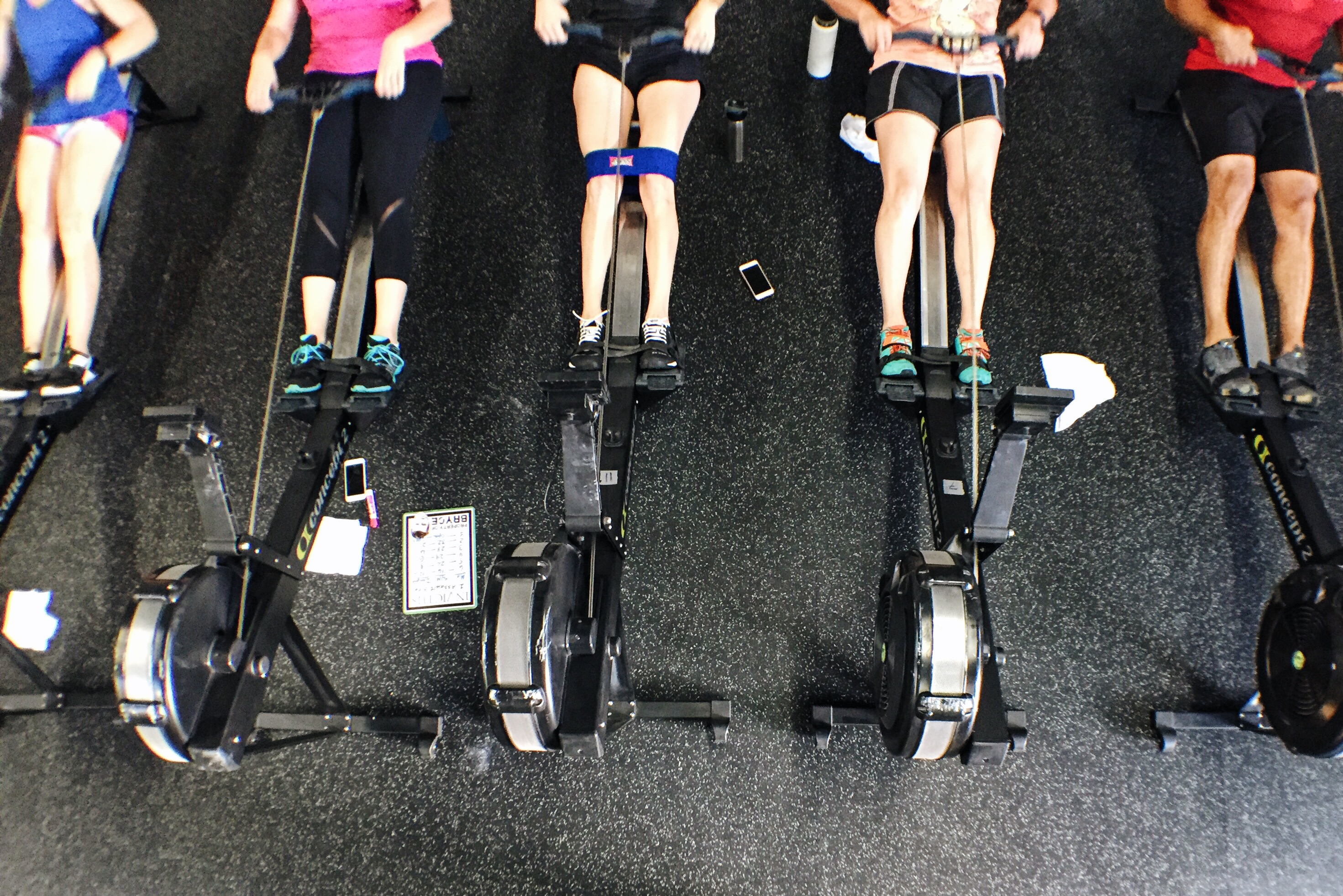 Rowing Away Low Back Pain
Next Article
About Us